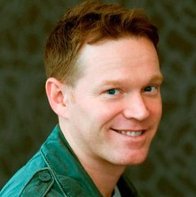 Singing, songwriting and performing have been woven into the fabric of Daniel Jens' life for over two decades. Born and raised in Milwaukee, WI, Daniel performed in several successful unsigned rock bands until he found his true calling in singing and writing Christian music. It is this shift of focus, Daniel said, that has caused his music to hold a more selfless meaning. He now sees his musical passion as a chance to glorify God, rather than a means to build himself up as a performer. This lesson was tough, and the road was filled with stumbling blocks, but a new spirit and vision led by the Lord has proven to be life-changing and more rewarding than Daniel ever could have imagined.

Daniel’s most notable accomplishment of 2008 was his appearance on NBC’s America’s Got Talent Season 3. Months of exposure on this live talent show helped Daniel gain an enormous increase in his fan base.  His journey on the show started back in April of 2008, when he auditioned in front of the judges in Dallas, Texas.  After receiving a standing ovation from the audience and overwhelming support from the judges, Daniel advanced to the next round hosted in Las Vegas.  Vegas also proved to be a success when Daniel was chosen as one of the Top 40 to move on to perform live in Los Angeles. His Top 40 performance then helped advance him through to the Top 20, and after his second live performance in the Top 20, Daniel placed 11th in America’s Got Talent, the
summer’s top rated television show.  Daniel undoubtedly gained priceless experience during this journey. 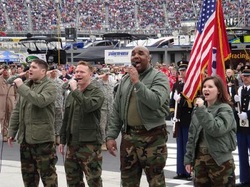 4TROOPS singing at NASCAR Britol Food City 500
As Daniel approached the end of his military commitment late 2009, he was
contacted by renowned music producers David Simoné and Winston Simone. They
wanted him to help create and be a part of a new military themed group to pitch
to Sony Music. Through the help of Army Entertainment Director, Victor Hurtado,
the group “4Troops” was born and signed to Sony Masterworks.


4TROOPS are United States combat veterans - three young men and one woman who served on the front lines in Iraq and Afghanistan. While overseas, music played a crucial and very personal role in all of their lives.  They would sing at everything from large military events to more intimate settings, where they would jam in their bunk after a long day in the field and try to recall a slice of home.  They also used their voices at somber occasions like memorial services, where they would sing to remember those that had been lost. 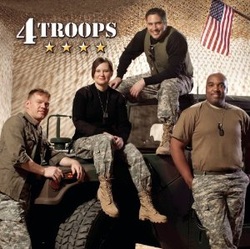 4TROOPS self-titled CD
4TROOPS purpose:
To sing on behalf of all troops and their family members; to honor their sacrifices and to create awareness for their needs.

The self titled album, which peaked on the Billboard Top 200 at #36, consists of well-known, patriotic, positive pop and country songs along with a couple new ones as well.  All of the songs, which touch on long separations and loss of loved ones, fear of war, faith, camaraderie, patriotism and more, take on a special meaning in the context that they are performed by these four combat heroes. The album is produced by Frank Fillipetti (Barbra Streisand, Carly Simon, George Michael, and Pavarotti) who produced James Taylor’s Hourglass album which won Fillipetti a Grammy® for Best Pop Album and Best Engineered Album in 1998.


Bob Woodruff, the ABC news anchor who was severely injured in Iraq, conducted the first TV interview with 4TROOPS which aired on Good Morning America (ABC) on Tuesday, January 26th, 2010.

Notable performances and interviews with 4Troops include:

During Daniel’s tenure with 4Troops, the group conducted a US Military Base Tour, a 50 city National tour, co-authored a book with New-market Press titled “4Troops: The Mission is Music”, conducted countless interviews and performed on more TV shows than any other new band in history, according to music producer, David Simoné.

Now that things have settled down with 4Troops, Daniel performs select shows, works with many veteran organizations and consults with other artists, in everything from songwriting, production, marketing and vocal training to help them become successful.

Daniel has also become very active as a worship leader at his church in Wisconsin. He and his wife Caroline, are also Hyphen Leaders (college & career 18-30 year old ministry). Daniel and Caroline have been working together on a book project called "Whole Armor of Marriage". Caroline wrote a military edition in 2011 and has recently finished the civilian version. The Whole Armor of Marriage talks about coping with the seperation of a loved one, how to create oneness with God and your spouse and several other topics on each part of armor to protect your marriage.

The vision of Daniel's music ministry is to spread the gospel through song.  Whether he is worshiping outdoors, at church services, youth events, singing for weddings, private parties or with veterans, Daniel knows that God remains in control of his talents and future. 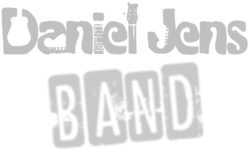